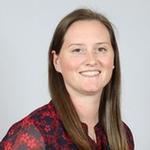 At Saint Leo, Dzikas helped breath new life into a program that had won just five games in the season prior to her arrival with then-new head coach Anthony Crocitto. After a 5-22 record in 2015-16, Saint Leo went 9-18 the following year and eclipsed the 10-win mark in each of the next two seasons. She also helped coach Chelsey Springs to first team all-SSC accolades as a senior.

Prior to her time at St. Catharine, Dzikas was a graduate assistant for two seasons at Goucher College, and Division III institution in Maryland.

A two-time all-Sunshine State Conference player for the Moccasins during her collegiate career, Dzikas helped lead Florida Southern to an 87-31 record, including a 49-9 mark in conference play. She also led the Mocs to a pair of SSC regular-season titles and one SSC Tournament championship. Dzikas was also part of a team that finished as the runner-up in the NCAA South Regional in back-to-back seasons. She was the Sunshine State Conference Freshman of the Year in 2008-09.

She finished her career with 1,368 points, good for 12th in program history, and ranks second in school history in assists (515). She also ranks among the top five in FSC history in three-pointers made and attempted, and three-point percentage.

An honorable mention all-SSC selection as a sophomore, Dzikas closed out her Florida Southern career by earning second team all-SSC honors after helping lead the Moccasins to a 24-7 record and an NCAA South Region runner-up finish as a senior.

After taking on the role of Florida Southern women's basketball head coach in 2014, Betsy Harris has created a perennial contender at the conference, regional, and national level. Since her first season in 2014-15, Harris has posted a record of 85-35 including a 50-20 record in Sunshine State Conference action and has taken the Moccasins to three-straight NCAA Tournaments. In 2017-18 Florida Southern captured the SSC regular-season title for the 13th time in program history and would go on to win the SSC Tournament title for the 11th time in its history.

During her time at Florida Southern, Harris has coached eight all-SSC selections, including the 2018 SSC Player of the Year (Anja Fuchs-Robetin) and the 2016 SSC Freshman of the Year (Camille Giardina). Two of her players, Jensen Blassage and Shaquita Snow, earned NCAA South Region all-tournament honors in 2016, and Blassage was named MVP of the regional. Fuchs-Robetin and Giardina earned honorable mention All-America honors from the WBCA following the 2017-18 campaign.

The Mocs have won 12 SSC Player and nine SSC Defensive Player of the Week awards since Harris' arrival, and Florida Southern has also been impressive in the classroom, with 25 SSC Commissioner's Honor Roll selections and one CoSIDA Academic All-America accolade (Fuchs-Robetin, third team). Harris' teams have regularly finished ranked among the nation's top 50 in a number of statistical categories, including ninth in turnover margin (7.30) last year.

Prior to her arrival at Florida Southern, Harris spent three years as the head coach at Coastal Georgia, where she compiled an overall record of 68-27, including back-to-back 20-win seasons in 2012-13 and 2013-14. Harris was the first coach in any sport in Coastal Georgia history to lead her team to a berth in the NAIA National Tournament when she took the Mariners to the postseason in 2012-13 after going 24-9.

In her final season at Coastal Georgia, Harris led her squad to a school record 25 wins (25-8), set a school record with 15-straight wins, advanced to the finals of the Southern States Athletic Conference (SSAC) Tournament, and a ranking as high as No. 15 in the nation.

Following a coaching change at West Alabama, Harris spent one season (2010-11) as an assistant at Meridian Community College before heading to Coastal Georgia.

A former standout at the University of Alabama (1990-94), Harris led the Crimson Tide to three-straight NCAA Tournament appearances, including a trip to the Final Four in 1994. She was named a second-team all-SEC selection as a senior, earned MVP honors at the Midwest Regional and was named to the Final Four all-tournament team.

As a player at Alabama, Harris set the school's career record for three-point field goals (272) and is tied for most three-pointers in a single game (8). She also ranks seventh in the Crimson Tide record books for career scoring (1,519 points). While at Alabama, Harris was a nominee for the Wade Trophy, given annually to the Division I Player of the Year. She also participated in trials for the U.S. National Team in 1993.

Harris played professionally for four years with teams in Greece, Iceland, Spain, Sweden, and Switzerland, and was invited to training camp with the WNBA's Detroit Shock in 1998. A native of Decatur, Miss., Harris was an all-state player at Decatur High School, where she led the Warriors to their first-ever Mississippi Class 2A state title in 1990.